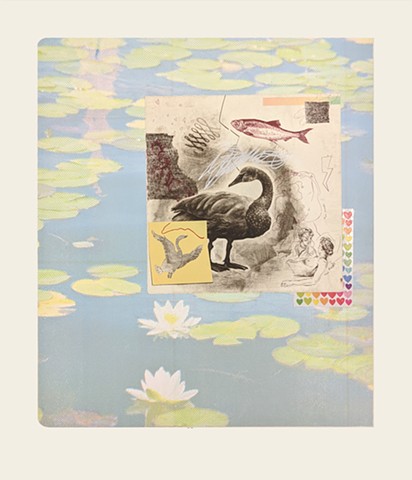 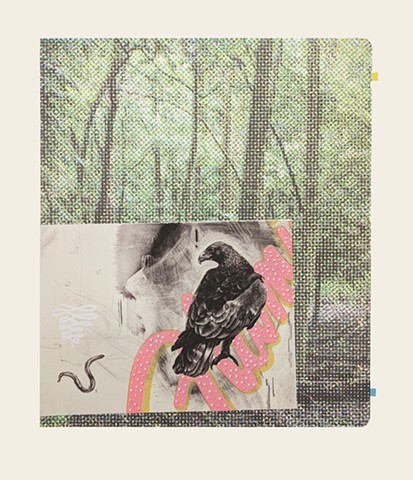 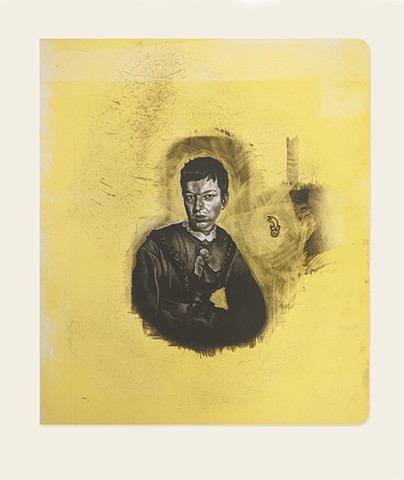 Erin Wohletz Website: ewohletz.com Instagram: @erinwohletz Bio: Erin Wohletz is an artist originally from Las Vegas, Nevada. They received their BFA in painting and printmaking from the University of Nevada, Reno in 2016, and are currently an MFA candidate at The University of Tennessee Knoxville. Erin Wohletz’s thesis exhibition ‘The Black Vortex’ is scheduled to open April 8th 2021. Wohletz’s work has been exhibited across the United States and in the United Kingdom. Wohletz’s inaugural (non-virtual) curatorial exhibition “Between Hand and Sky: The Work of Elizabeth Gould” will be on view at the McClung Museum of Natural History and Culture from August - December 2021. Artist Statement: The Black Vortex is a series of essays about my battle with nonbinary queerness. My self discovery of queerness has come through a lot of internal struggle and argument. I found myself at a crossroads an x/y axis. On the x axis I have gay/straight, on the y male/female. As things currently stand, I’ve sat myself down right in the middle. This is the point from where I sit and I investigate and I argue with myself. Then I hang that argument on a wall. The argument? Am I, or am I not a liar? As the topic is multifaceted It requires a multi-pronged approach. Each piece in this exhibition seeks to approach this debate from a different angle in order to come to a conclusion which takes into account; history, memory, risk, deception and feeling.

These pieces were made utilizing the traditional materials, processes, and language of naturalist prints. Naturalist prints were created as images of scientific study and education. Animals and plants were drawn in order to define and gain understanding of their nature. However, instead of animal or botanical specimens, the analyzed subject in my work is a page from an imaginary book. A book titled The Black Vortex. Notebooks are spaces for private argument and discovery. A space where problems are worked out before finalized. Within this work, a series of these pages are laid out for the viewer to investigate. Within this page important language, marks, relationships and symbols are laid out for analysis.

Which brings me to deception. Often in my work I have sought to deceive the viewer, or at least hide from the viewer. Symbolism allowed me to accomplish this goal. I could create a work which, much like a page, had two faces. An outward facing confusing landscape of symbols which could only be interpreted by my internal index. One which I was very careful to reveal incrementally at times of my choosing. In The Black Vortex this index can be viewed at the end of the exhibition. The index may be referenced to gain additional understanding.