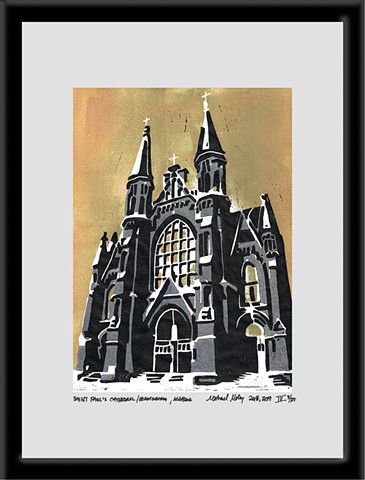 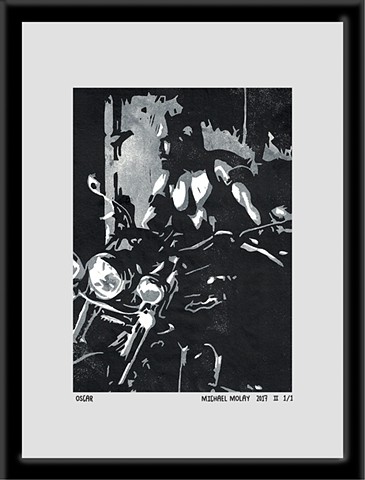 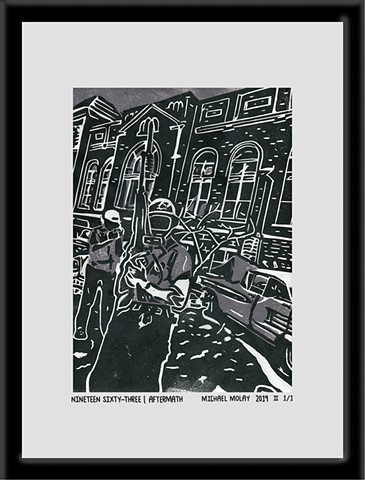 Michael Molay Instagram: @birmingprints Bio: A native to Birmingham, Alabama, Michael is a self-taught printmaker whose focus is telling narratives through the linocut form and techniques. Coming from a city built from the foundations of Southern exploitation and squalor, the epicenter of civil rights, Michael’s prints (once called “Birmingprints”) is a contrast between the passion and despair for Birmingham. Ranging from historical and social issues in justice, this speculative and imaginative mind goes back to inspiration from cartoons and films from childhood, a never-ending curiosity, seeking to create worlds that are better lived and tolerated than the present one we inhabit. Also a designer in many creative trades, Michael sees and organizes the world through lines and colors. Artist Statement: I like for my works to observe a world weaving inside and outside narrative arcs. Since the pandemic, many works have caricatures of people interacting with the fortunes and squalors of worlds inhabited. The artwork submitted here shows an earlier phase of printmaking work, from 2016-2019. What does space look like to the bystander in a fictional world? How and where do they exist?